Frill is not built as a bug reporting tool, but inevitably people will report bugs using Frill.

And nobody wants bugs shown to the world!

In the Idea admin panel you have the option to mark an idea as a bug. This is a simple feature to help keep bugs private to admins and the bug (idea) creator. 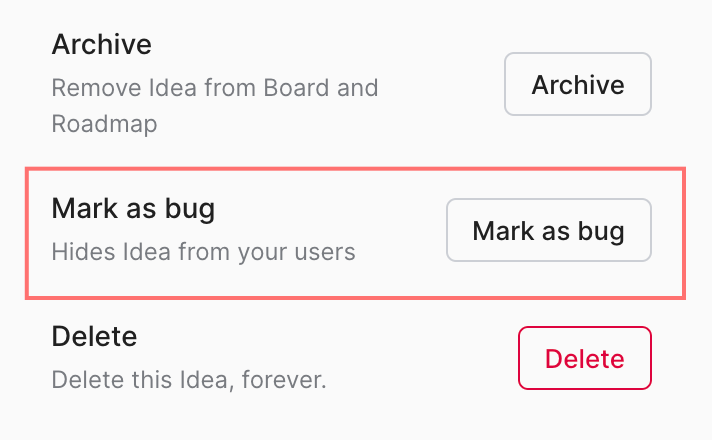 So what happens when an idea is marked as bug? 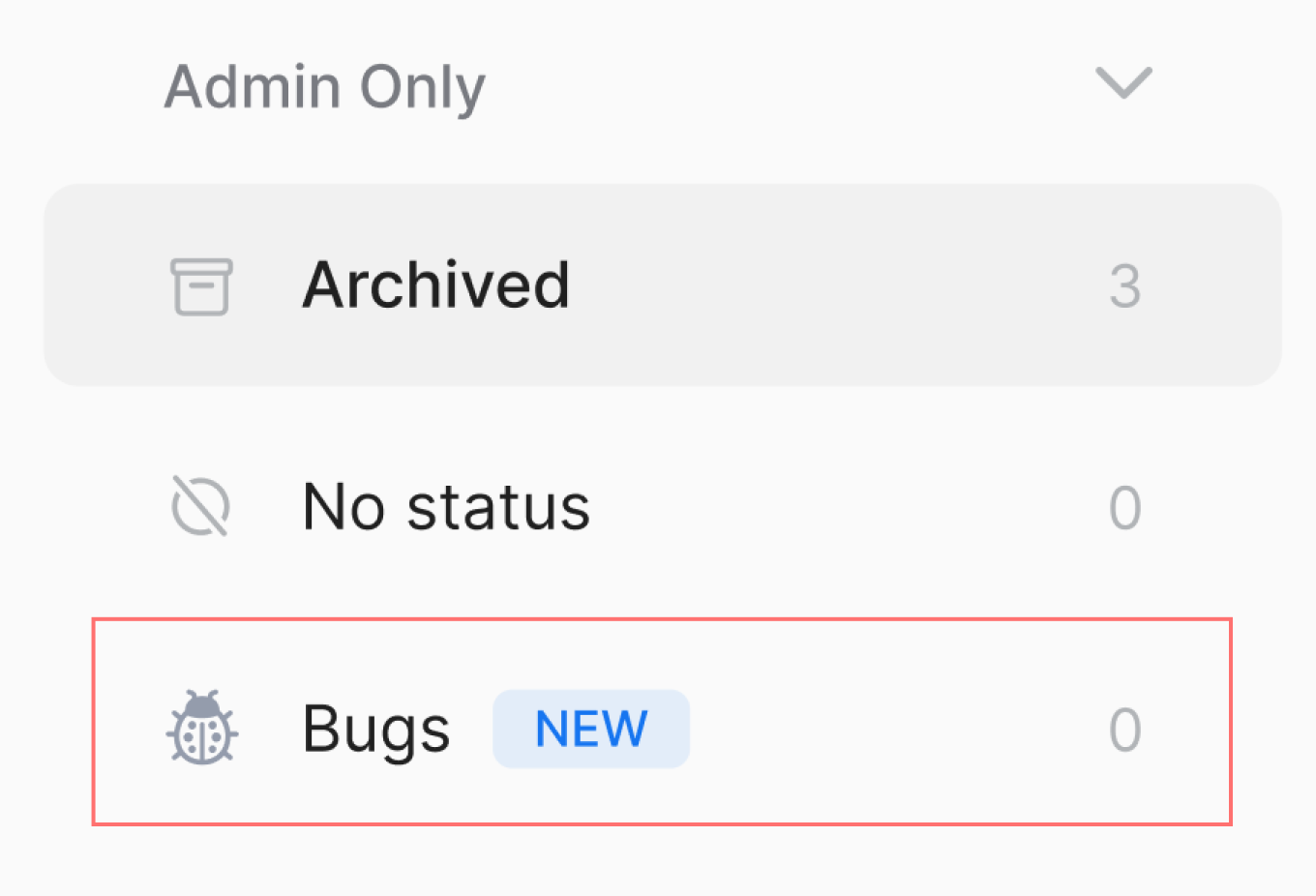 The person that submitted the bug will still get email alerts as the bug moves through statuses.